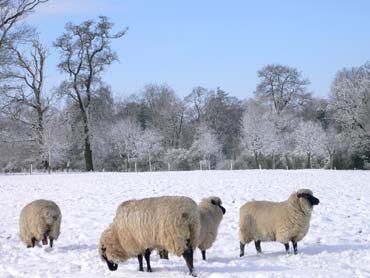 The in hand arable land is farmed in conjunction with two neighbouring farmers. The farm grows wheat, oilseed rape, barley and oats. Much of the wheat is sold on contract for making bread and the oats to Jordan's for breakfast cereals.

The grassland and park are grazed with sheep and cattle as well as being used for hay and silage.

The farmland is being managed with conservation in mind and the farm is involved with the Higher Level Stewardship Scheme. This has led to the creation of wildlife margins and cover crops as well as the provision of over wintered stubbles to encourage birds.